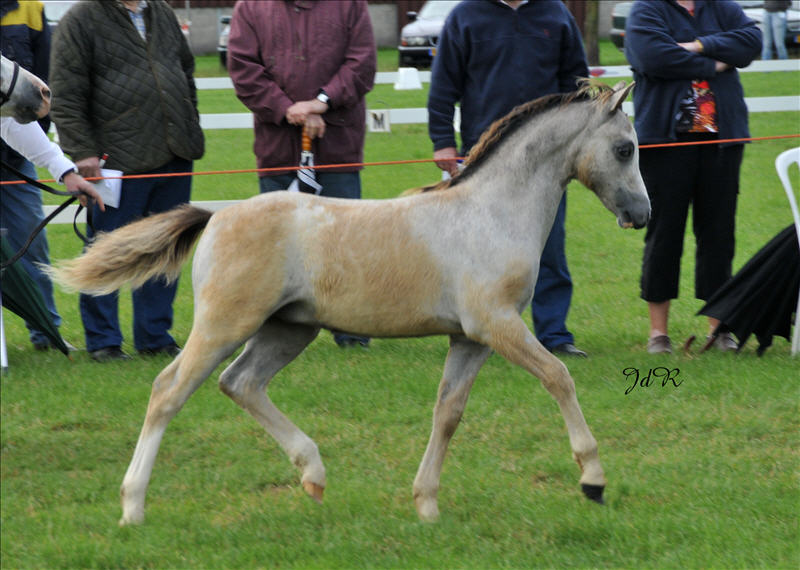 Sumrin Toto was an eyecatching colt, that won his class as a foal at the Sevenum show.

Vennebos Pretty Gamble won the overseas medal for best newly approved stallion in the Netherlands, judged by Mr. Blair of Waxwing stud. For many years we have been looking for a stallion related to Coed Coch Brodor that would fit with Tirion. Vennebos Pretty Gamle is a very promising young stallion, being by the champion stallion Knodishall Geraint out of the beautiful mare Nerwyn Pert who is by Royal Welsh champion stallion Nerwyn Cadno.