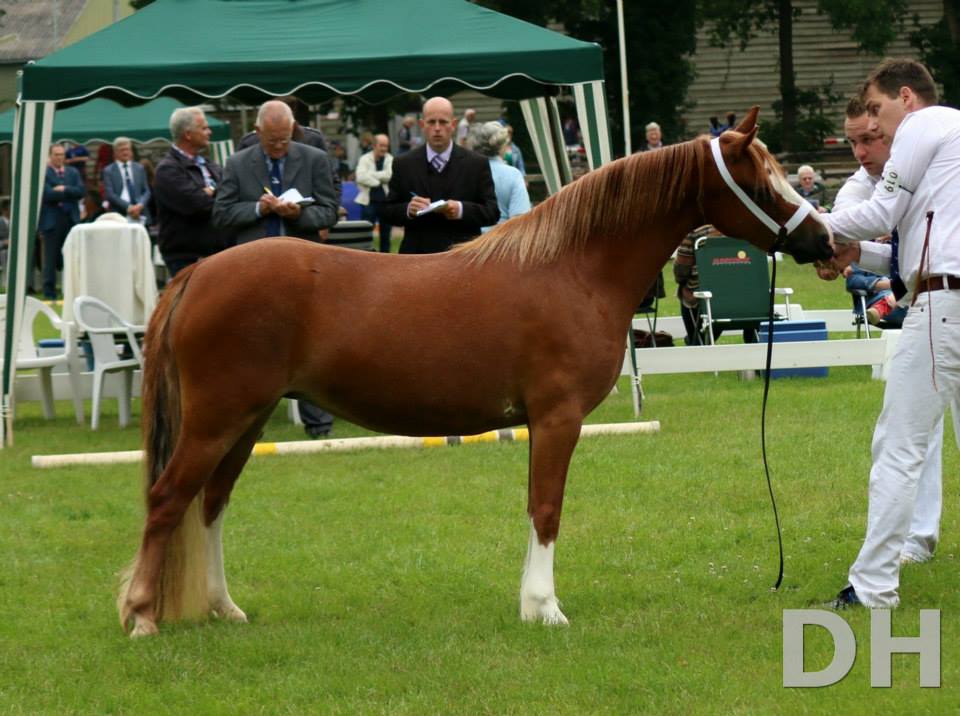 Timea is a Hungarian name. It also is a bit of word play, as her parents were 23 and 21 when she was born. That almost provides a time machine in old breeding Since we took Taru to High Flown Japhet, we have not done such strong linebreeding to Revel Choice and Clan Pip. She is the first pony we have bred with Revel Chelsea, Revel Chip and Revel Cassino as ancestors. Revel Chip even appears three times in Timea's pedigree. Timea is also the only pony that we have bred sired by champion and elite stallion Springbourne Glide.

Sumrin Timea's greatest asset is her absolute correctness. At one point, she had not seen a farrier for 15 months. Our farrier was completely surprised how correct she was standing on her feet and wondered if she even needed to be done.

Sumrin Timea has only been shown lightly. At the regional show of Hellendoorn in 2015, she was awarded with a first premium. Her 2015 colt, Sumrin Topelius by Lowland Danny Boy has been retained and that is how we plan to continue her virtues.

Timea is sold as a riding pony.

Her pedigree is at the bottom of the page.