Sumrin Tulip Festival is one of the best mares we have bred. As a three year old, she won her class at a regional show. As a four year old, she has already proven to be able to throw a quality foal. Tulip's biggest assets are a very classical type with very strong movements. At the 2009 National show, Sumrin Tulip Festival was 2nd in a large class of 25 mares, only to be beaten by Vrilkhoven's Leslie (out of Sumrin Toendra). Tulip Festival has given the following foals at Sumrin:

Tulip is now used for driving in harness by the van Gerwen family in Wenum-Wiesel (my sister Luce). They have decided not to breed from her anymore. Her granddaughter Sumrin Saint Mary is still with us. 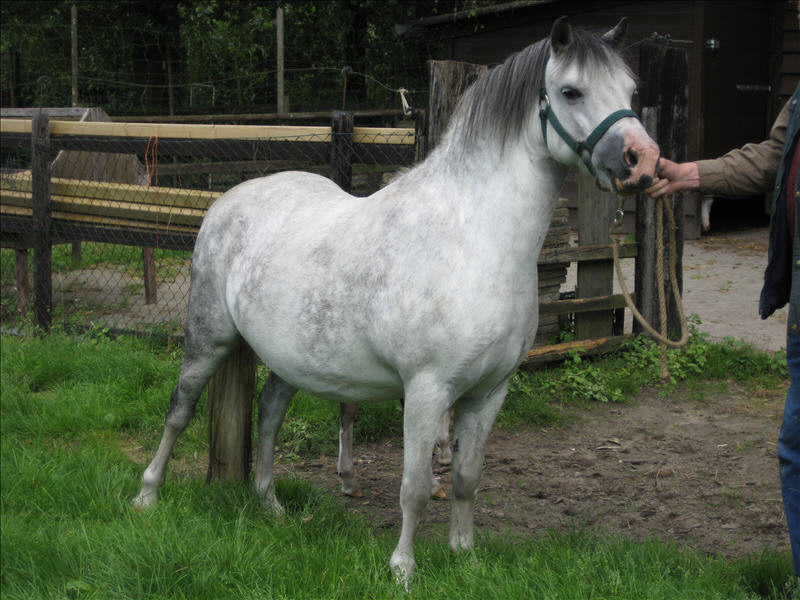