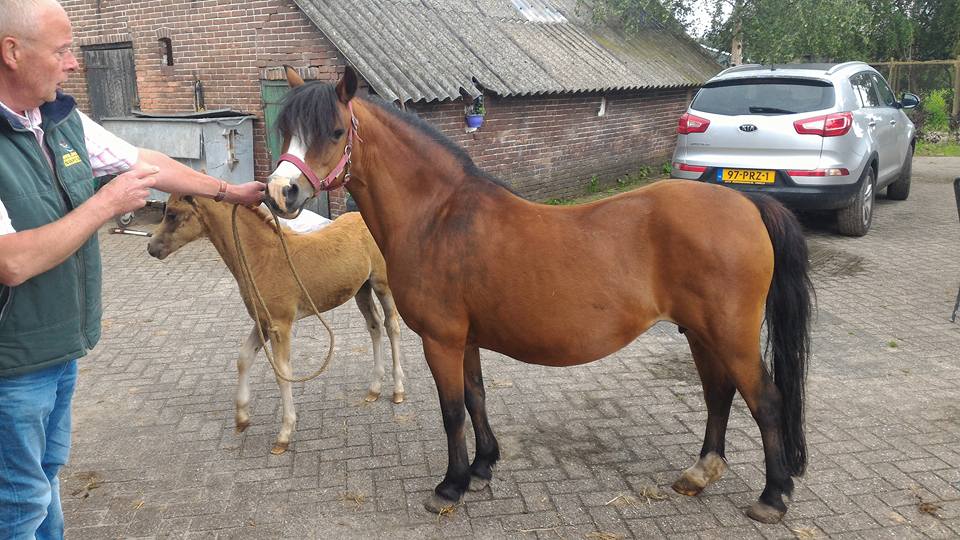 The family Maat purchased Sumrin Thor as a foal back in 1993 and bred a number of good ponies by him. One of these was the "ster" mare Kompas Yvana out of Boreas Yucca. Yucca was by Rowfant Sherpa, who had three close crosses of Revel Spring Song and was out of a Coed Coch line.

The family Maat has bred some good offspring from Yvana, one example is, Kompas Ylona, who has been successful as a showmare and as a breeding mare.

Interesting enough, there is also a cross of Ness Daffodil on her granddam's side through Craven Debonair (behind Coed Coch Rhywent).