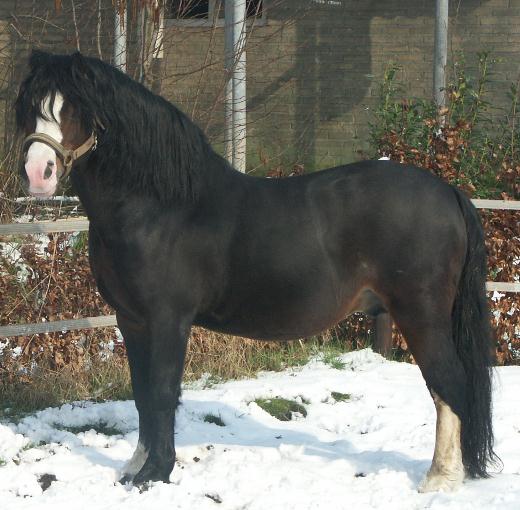 Goldleaf was one of Foxhunter Pantheon's first crop. The rules in the Netherlands had just been changed and colts could now also be shown at the summer (mare) shows. Goldleaf made an impact: he won the youngstock championship at the national show of the NWPCS. As a three-year-old he was licensed with a first premium. Goldleaf passed away young, most likely due to ragwort poisoning.

Goldleaf left many beautiful mares. At Sumrin, we had a colt by him, Sumrin Winnetou out of Sumrin Taru.