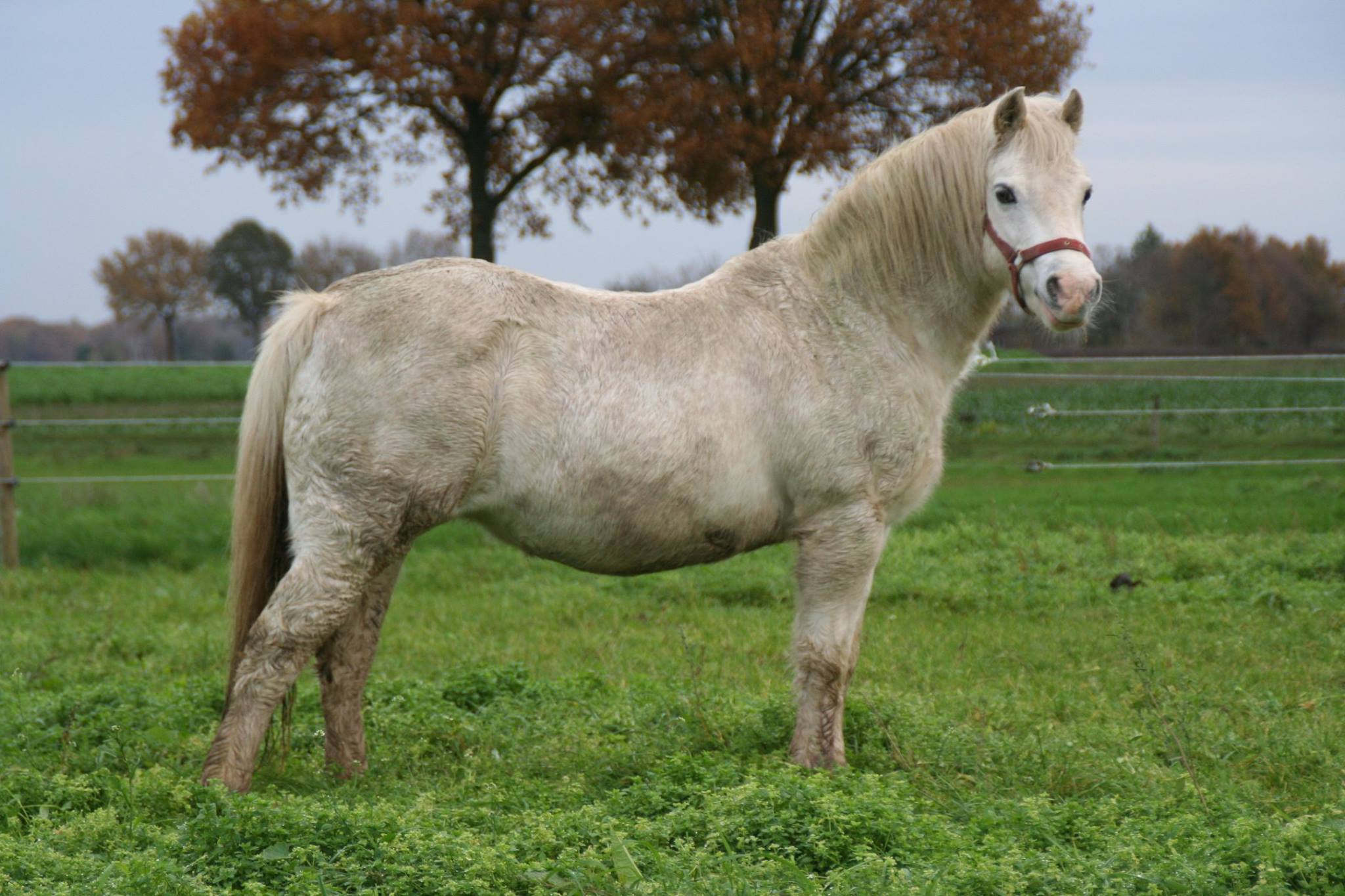 Sumrin Tirana was born in 1982 in Lierop at Sumrin. She was the seventh foal Tina gave birth to, and the third filly by Vardra Julius. At the time, we knew she could be the last one Tina would get by Julius, as we had already purchased Criban Star Fiddle to mate with he full sister Sumrin Titiana.

Tirana was only shown lightly as a yearling. Before she was entered to the show, dad asked me whether this one would do as well as her full sisters Tiara and Titiana. I said: well, she might be a bit big for the judge's taste and he head is by far not as pretty as Tiara's and Titiana's head. I remember a class where she entered as first in line, as written in the catalogue. Her class had more than 10 yearlings in, which was common for a local show in those days. The system was slightly different back then, as the judges would let them walk around and would rank them while walking before doing the individual presentation. As the yearlings were place before the individual presentation, the judges pulled up 5 yearlings ahead of her, so it seemed my prophecy was right. After Mr. Laemers and his co-judge did the personal evaluation, she went up two places. And then something strange happened: somehow they couldn't decide and they let the class walk on for 45 minutes! Where most fillies just gave in, Tirana still displayed her superior walking skills and she ended up first! Unfortunately, she lost the youngstock championship against Fuchsia Ilona (who became a foundation mare for Zonneweide stud). Tirana qualified for the regional show in Wanroy, where her half sister Sumrin Tsarina won the foal championship and her mother Dyrin Tina was section A champion. Tirana was pulled in first again. For the national, we decided to leave her home, as it was a very long ride to Ermelo, and we also had Dyrin Tina with us. As yearlings would have to appear at 9:00 AM, we wanted to have more time and Tina was the one that would have more chances to win a major prize. To our big surprise, the pony that was pulled in second at the Wanroy show actually won the yearling class at Ermelo, so we did leave a chance to win a major class at the national!

At age three, Sumrin Tirana was taken to Rowfant Seal by Mr. Retera of Bolster stud. We actually were on vacation at the time when she was in season, and Mr. Retera offered to take her there. We didn't expect much from that combination, although Rowfant Seal was already a top breeding stallion, he had been a senior stallion at Dyrin before and had not produced too many winners there, indicating he did not fit well on Dyrin mares. The resulting filly, Sumrin Toulouse was sold to Mr. Quirinus van Dongen of Abberthome stud and in 1986, Tirana was traded for Sumrin Tessa, who was in foal to Vardra Julius at the time. So Tirana was the second Sumrin pony to be standing at Varpullan stud. Mr Piet Kabel from Stuifakkers stud decided to buy her off Mr. Spronken and after producing some foals for him, she was sold to Mr. Laemers, the judge who made her first as a yearling!