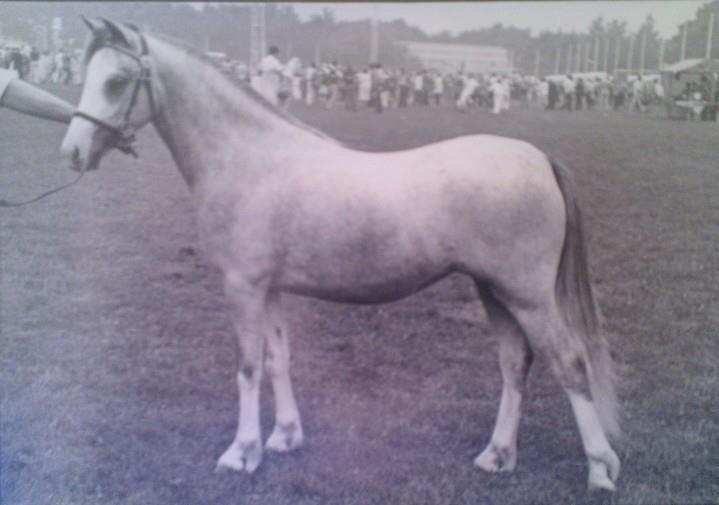 Sumrin Titiana was born in 1980 in Lierop at Sumrin. She was the fifth foal Tina gave birth to. It was quite a sunny day in the middle of the field, the same place where tristan was born, except for the fact that the tree had been cut already. It was as sunday, many cyclist came by the field and used their camcorders to record the moment for posterity.

She had quite a succesful showing career. At the first two shows, she won the yearling class. In the competition she lost from her paternal halfsister Varpullan Vina. At the second show, she qualified for the national, where she was first in her class. leaving halfsisters Varpullan Ester and Varpullan Gwenna and Hengelhoef's Alexia right behind her. At that show she managed to win the junior championship as well. (Continued after pedigree) 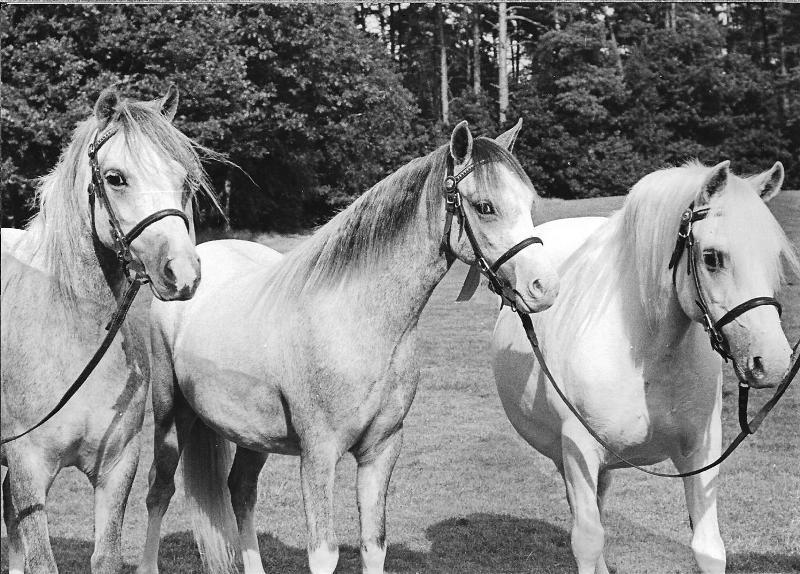 The 1981 national show was quite a remarkable one to us. At a national show, 4 main prizes can be won. This were the results:

As you see, Tina and her first two daughters by Vardra Julius ruled the showground almost.

Sumrin Tiara was already sold, Tina had a colt at foot, Sumrin Terence Hill and Titiana was at that moment the only daughter we owned. We turned down some very good offers for her and she stayed at Sumrin. 1981 was the last year she was shown.

In 1982, we purchased Criban Star Fiddle, to get Titiana in foal to him. Titiana got a magnificent foal by him, named Sumrin Bluebell. Bluebell story can be found in her own page. With Bluebell at foot we decided to sell Titiana. At that time we retained Bluebell, Tessa, Tirana and Tina, so we had a good future perspective.

Her new owner went blind unfortunately and she was sold on. She died at the age of 7, unfortunately, but leaving three daughters: