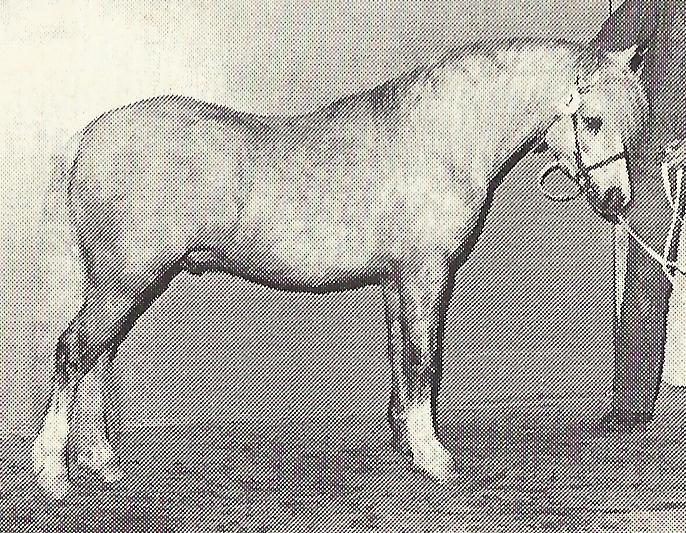 Sumrin Sunstar was born in 1976 in Lierop at Sumrin. He was the very first foal we had by Vardra Julius

Mr. Spronken of Varpullan wanted to produce him for the stallion inspection, so Sunstar was shown in joint ownership with Mr. Spronken.

Sumrin Sunstar was approved in 1979 with a first premium standing second to Biesdeel's Sedan, just before Sumrin Tristan who was standing third. Sunstar was sold to the Schilthuis family of Windhoek stud, where he did well siring good stock. Interesting enough, he ended up high in the sire ratings, to equal his famous father's ratings, but in that very same year he was gelded, because nobody wanted a palomino at the time.

Unfortunately, his influence to the breed has become very limited. There is one section B stallion that traces back to him, named Dominant van de Gaweg.